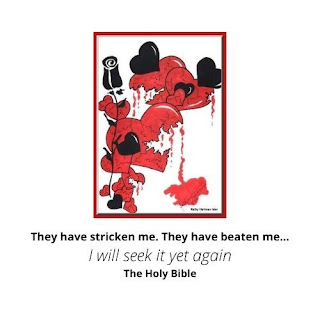 I spent years working with substance abusers in street ministry. Many that were dear to my heart never experienced the freedom they longed for. I may post more about that experience later, but the purpose of this post is to announce a recovery group I have started, that isn't just for those who are or have been addicted to substances.
Experiencing abuse--as I did--creates some unique addictions of its own. I wrote about this in my book, Woman Submit! Christians & Domestic Violence. One of the chapters of the book features the exquisite artwork of Kathy Isler [see to left]. The chapter title is, "Oh my God, I'm an Addict!" You can read that chapter HERE.
- March 20, 2021 No comments:

Would you date someone who was convicted of domestic violence?

Abusers can be devastatingly charming, absolutely convincing, and they are master manipulators. Although abusers can change, they rarely do. They can sweep you off your feet, FAST, and it’s absolutely not worth taking the chance.

Once every 17 seconds a woman is beaten in her home Who is willing to take some time--right now--to become informed enough to make a difference?

Due to an awesome interviewer, I believe my interview with "Off The Shelf Books" ranks among the best I've ever done in terms of being able to get life-changing and even life-saving information to those who are experiencing abuse and to those they are most likely to turn to for help.

Listen (and bear with the slow intro. It's an exciting and informative interview that takes off well afterwards!

Off The Shelf Books Interview

Couples Counseling will not stop abuse

Unfortunately, many pastors and Christian counselors still treat abuse as a couples problem, inadvertently increasing the risk of injury or death to victims.

Giving the book, Woman Submit! Christians & Domestic Violence, as gifts, helps us become part of the solution rather than the problem.

Abuse is so misunderstood! Give this book as a gift to anyone experiencing abuse. And give a copy to those they are most likely to turn to for help: Family, Friends, Pastor, Sunday School Teacher...."

Give a copy to local DV shelters and law enforcement. When they understand the issue of domestic violence among Christians better, they are far more likely to help victims, rather than write them off as not-credible. Sadly, out of ignorance, many police officers do this.

The following Quora question came in for me, and in answering a question about writing, it occurred to me that I was also sharing one of the things that helped me navigate the minefield of domestic abuse, eventually finding my way out. So I share it with you (along with some annotation geared for those living with abusers):
Q: How has maintaining a daily journal helped you as a writer?
A: Maintaining a journal, was absolutely invaluable when writing my first published book.
"Woman Submit! Christians & Domestic Violence," could never have been written without it. When preparing to write on the subject of domestic violence, I started by reading through my own journals. I found I had already written most of the book!
In those journals, were details that might otherwise have been forgotten, had I not been writing them down while they were fresh in my mind (along with insights into my situation).
TIP: Do you live with an abuser who gaslights you? Keep a journal!
It was the process of writing down my thoughts and insights [along with actual incidences of abuse], that helped give me perspective on what I was going through, as I came to grips with the knowledge that my Creator did not require me to submit to such treatment. The sin was on the part of the abuser... not on the abused.
By adding research to personal experience and the memories recorded in my journals, I was able to create a rich resource for women experiencing domestic abuse…and for those they are most likely to turn to for help. I have heard from women on how helpful they found the book [even years after leaving the abuse] in understanding aspects of their situations they had never been able to get a handle on.
https://www.amazon.com/Woman-Submit-Christians-Domestic-Violence/dp/0979429307
- October 04, 2020 No comments: 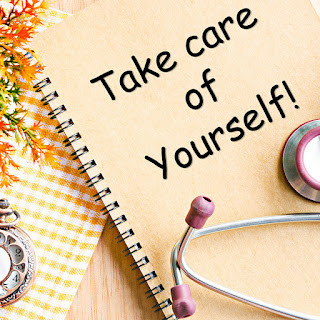 September is self-care month. A question was asked in an advocacy group about what I would include in a self-care package to an abused woman. One of our members said she would include a flower, because she so seldom received any during her years of abuse. I thought that was lovely. I added to the flower, that I would also include some helpful literature or book. It was a free book offered on television that served as one of the catalysts that set me on my journey to freedom from abuse. I have since written a book describing my own journey out, and hopefully that will serve as a map to help other women in navigating their way out of the minefield that is an abusive marriage (don't forget that next month is Domestic Violence Awareness Month. My book would be an excellent gift for an abused woman or anyone she might turn to for help, i.e., family, friend, pastor....).

What else would you include in the package? Tell us in the comments below. 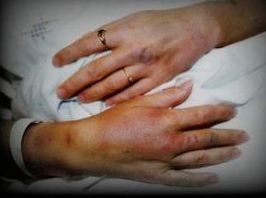 I know what it feels like to be abused and be more afraid of the reaction I might get from those I would ask for help than I was of the abuser.
That fear almost cost me my life.
I hear the same from other victims and survivors, and studies confirm that fear is widespread and justified.
There are more similarities between Christian and non-Christian victims of abuse than differences, but one difference is the reason many Christian women do not "just leave."
"Abused Christian women are more likely to remain in or return to unsafe relationships, citing religious beliefs to support avoidance of ‘family break-ups’ despite abuse." But what if a woman is killed by her abusive husband? Wouldn't that break up a family?
Violent abusers are dangerous people. They are dangerous not only to their wives but also to their children. A shocking number of children are murdered by fathers who are wife-beaters.   Additionally, domestic violence calls are among the most dangerous for law enforcement.
Despite these well documented facts, the danger to victims is routinely minimized by those who Christian women are most likely to turn to for help--the leadership of their churches and law enforcement.
Still today, bias against abused and battered women is real and prevalent. I experienced it first-hand in my own case some two decades ago and more recently in 2019 and 2020, while advocating for others. The bias comes from Christians, Christian leadership, and from law enforcement. "Because of the bias, survivors largely do not get the help they need or simply don’t call the police at all assuming they won’t get help."
This is simply unacceptable.
Compassionate and knowledgeable Christian response to domestic violence involves more than simply advising women to get themselves and their children out of the danger-zone.  It may involve encouraging a woman to report the abuse. It involves holding abusers accountable both spiritually and legally--church discipline if they are professing Christians and if assault and battery is involved, arrest and prosecution.
Christian women are often taught that wifely submission and patiently enduring abuse are godly attributes. Those who are taught this in church and some having heard it their entire lives, are often reluctant to get on the wrong side of God by having abusive husbands arrested.
Strong beliefs about gender roles can be deeply ingrained in the psyche's of both abuser and abused, so here are a few ways we can stop being part of the problem of domestic abuse and domestic violence and become part of the solution:
Her abuser wields strong emotional control over her. And if she has chosen to leave her home, understand that fear and strong feelings of displacement (most especially the first few weeks) will work against her resolve not to return to her abuser.
These are just a few reasons victims need strong emotional support during a confusing and frightening time. Take care not to re-victimize by discriminating against victims of abuse.
That is also abuse.
Learning to respond compassionately and knowledgeably to domestic violence makes us part of the solution in ending discrimination against victims of domestic violence.

Insights into Christian response to domestic violence will benefit those experiencing abuse as well as those they are most likely to turn to for help. This book provides clear scriptural direction, straight answers, and some tough challenges from one who has been there but is there no longer.
https://www.amazon.com/Woman-Submit-Christians-Domestic-Violence/dp/0979429307
- July 13, 2020 No comments:

Invite Jocelyn to Speak at Your Event