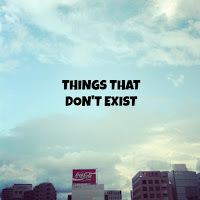 They make the fantastic , malicious, claim that millions of women are simply lying about the abuse in order to gain legal advantage in divorce and custody litigation.

Their propaganda includes denouncing the booklet, 10 MYTHS ABOUT CUSTODY AND DOMESTIC VIOLENCE AND HOW TO COUNTER THEM published by the American Bar Association (ABA). The booklet educates attorneys in how to best serve the interests of clients who are victims of domestic violence. An influential activist group once issued a special report debunking the booklet. Some Christian leaders also debunked the booklet.

The real facts are that a travesty is taking place in this country as a result of domestic violence and related custody litigation. Too many Christians allow fear of radical feminism and a narrow view of acceptable behavior for women, to color their perception of the issue. The following is a listing of the 10 Myths contained in the booklet. Following that are a few facts correcting each myth.

1.) Domestic violence is rare among custody litigants
2.) ill effects of domestic violence on children are minimal and short term
3.) Mothers frequently invent allegations of child sexual abuse in order to win custody
4.) Domestic Violence has nothing to do with child abuse
5.) Abusive fathers don't get custody
6.) Fit mothers don't lose custody
7.) Parental Alienation Syndrome is a scientifically sound phenomenon
8.) Children are in less danger from a batterer once the parents separate
9.) Parents who batter are mentally ill, or parents with no evidence of mental illness cannot be batters. 10.) If a child demonstrates no fear or aversion to a parent, there is no reason not to award custody or unsupervised visitation
Facts:
1.) According to the S. L. Keilitz National Center for State Courts, up to 50% of disputed custody cases involve domestic violence
2.) Even without myriads of studies proving the ill effects of domestic violence on children, common sense dictates that domestic violence would have devastating effects on the healthy development of any child
3.) There will always be those who lie and abuse the legal system in order to gain personal advantage, but some evangelical political activists in tandem with male supremist groups and abuser advocates, propagate the unsubstantiated claim that millions of women lie about domestic violence and child sexual abuse in order to gain advantage in divorce/custody situations. The substantiated facts of the matter are these, that where false allegations are concerned, fathers are far more likely to make intentionally false accusations than mothers. The truth is that false allegations are no more common in divorce or custody disputes than at any other time.
4.) Domestic violence is child abuse! Anger and violence are terrifying to anyone subjected to them. Can anyone argue that it is abusive to create such an environment in a home with children? In addition to common sense, studies have shown a strong correlation between domestic violence and child abuse.
5.) Abusive fathers are far more likely to seek sole custody than non-abusive ones...and according to the American Judges Foundation, they are successful about 70% of the time.
6.) Mothers who are victims of domestic violence are often depressed and suffer from Post Traumatic Stress Syndrome. As a result, they frequently present poorly at court, to custody evaluators, and best interest attorneys.
7.) The American Psychological Association rejects PAS (Parental Alienation Syndrome) as lacking data support. The official position of the APA on PAS is that it is an unscientific concept.
8.) Batterers are often more strongly motivated to control and abuse through the children after separation or divorce due to loss of other methods.
9.) Psychological testing cannot always distinguish between a batter and a non-batterer. The sad truth is that men who are batters, often test normally in psychological testing--a case in point would be Darren Mack who tested normally in psychological evaluations during divorce proceedings between him and his wife, Charlotte. He was administered these tests on advice from abuser advocate DEAN TONG, because during the proceedings his wife claimed to be frightened of him. It turns out Charlotte Mack’s fears were justified. One year later, Darren stabbed her to death. Mack is also charged with shooting the Judge who was handling their case—unless they have been updated, so much for the validity of tests purporting to reveal propensity for domestic in men. In truth, mental illness is found in only a minority of batterers.
10.) Children of batterers or children who are being abused often show no outward fear or aversion to the offending parent. In fact, most of time they demonstrate just the opposite. Traumatic Bonding and Stockholm Syndrome are common but unhealthy survival techniques used by children of batters or child sexual abusers.
Christians should be leading the charge in protecting women and children who are victims of domestic violence and a hostile family court system. Reading this booklet, published in 2006 by the American Bar Association is a good start.

The book, Woman Submit! Christians & Domestic Violence, is available free with Kindle Unlimited. Gifting print copies to church libraries, spiritual leaders, police departments, and shelters is a great way to participate in Domestic Violence Awareness month in October. But why wait for October when three women will die today from DV, and another three will die tomorrow, and another three....